Virtual Ways to Show Your Support for Indigenous History Month

June is National Indigenous History Month. This is a time for all Canadians – Indigenous, non-Indigenous, and newcomers – to reflect on and celebrate the history, heritage, and diversity of First Nations, Inuit, and Métis Peoples in Canada.

While the ways in which we can celebrate may be different this year, there are still many virtual ways to show your support for Indigenous History Month.

To commemorate this month, the Government of Canada is offering a number of free promotional resources as well as fun and educational activities for children of all ages.

The graphics in this national initiative include vibrant colours meant to symbolize the four elements of nature (earth, water, fire, and air). In addition, the visuals are supported by a multi-coloured smoke1 reminding us not only of Indigenous spirituality but also the colors of the rainbow. These are symbols of inclusion and diversity of all First Nations, Inuit and Métis communities and their members. 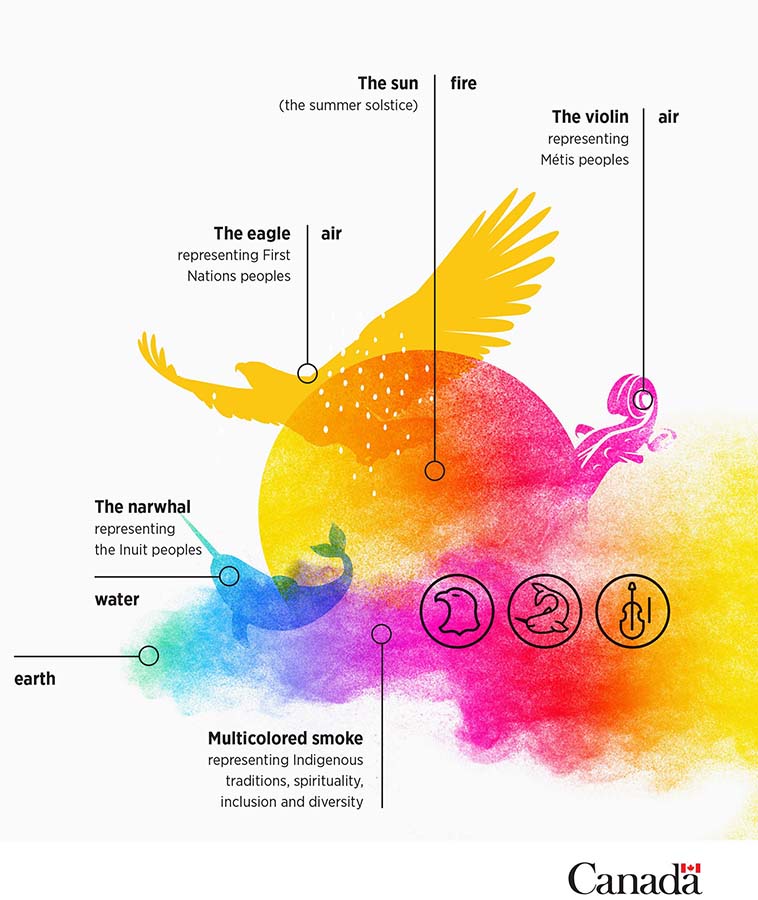 The Celebrating Indigenous Peoples in Canada activity guide has trivia, games, and crafts for kids including:

1Smoke is used in different ways by all three Indigenous groups in Canada. Whether it is to smoke fish and meat, to burn sage and tobacco or for sacred ceremonies or celebrations, it is a significant symbol in Indigenous cultures (NCCIH 2013).